Below is an article explaining why we are starting this. This was presented at our information day in February.

At The Library Of Things, You Can Borrow Almost Anything 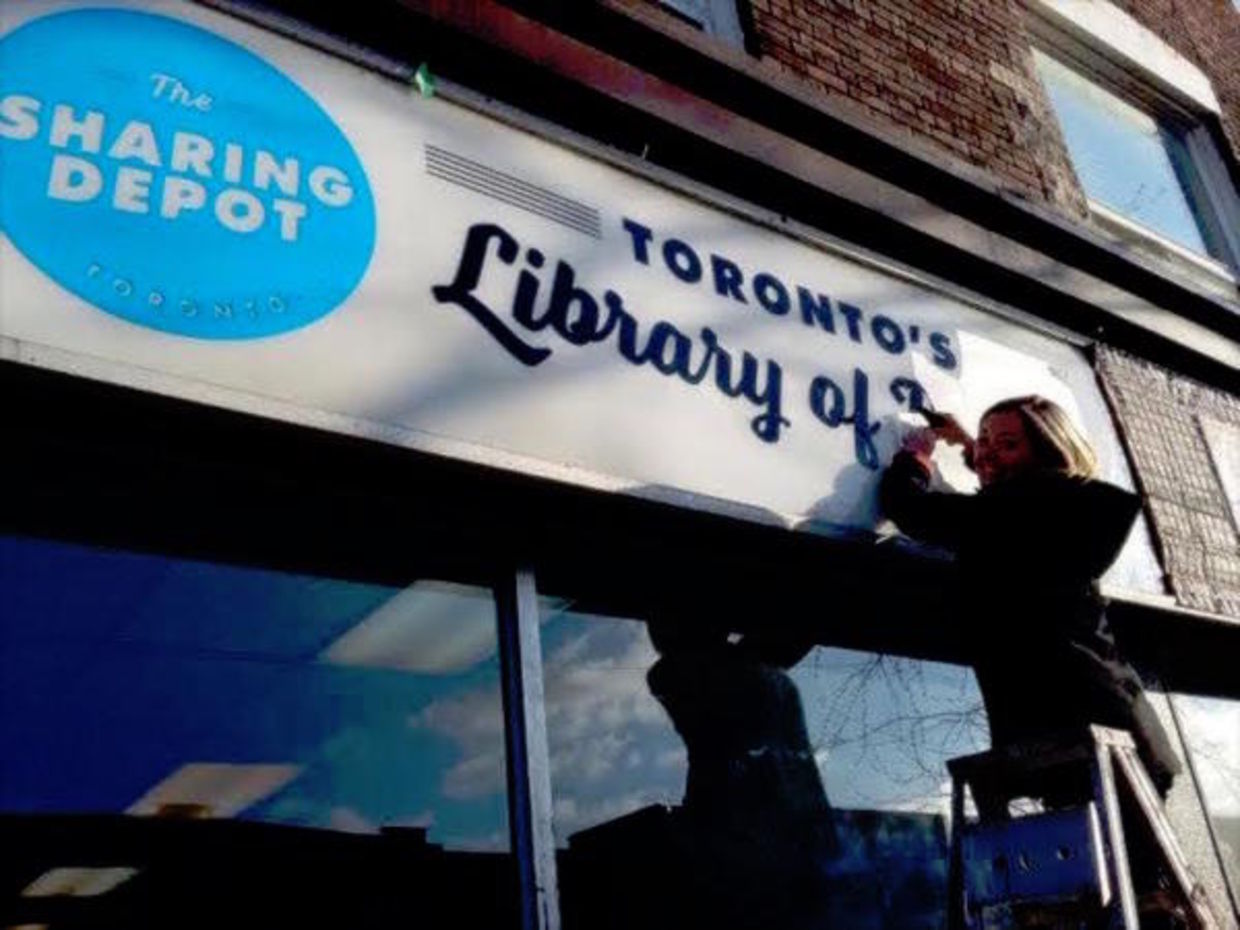 At the Sharing Depot in Toronto, Canada, you can borrow thousands of items.

Imagine there was a place, where, instead of buying something you need to use only a few times, you could just go and borrow it. That is the idea behind The Library of Things. This growing community of communal spaces gives people access to wide variety of everyday items, ranging from board games, party supplies, DIY tools, gardening things, kitchenware, camping kit and events equipment, garden tools, clothing and tents – without needing to purchase.

The concept was born out of the idea that there is no need for people to own all the items they may need, often times only once every few months. Now, instead of wasting money and space, they can access them through the library of things.

Specialty libraries, such as the tool library movement or toy lending libraries have been around for a long time, and led the way for the growing Library of Things movement. And the great success of the idea has proven it right. Many community-based Library of Things locations give out well over 1,000 items per week, while some also offer classes on how to use the items they offer.

While the first of libraries originated in the United States, others have sprung up in Canada, The Netherlands, England, and Germany.

“The most successful Libraries of Things are the ones do more than just lend items,” Gene Homicki, co-founder and CEO of myTurn told Shareable. “They also create a strong sense of community. For example, some offer sliding scale subscriptions based on income or usage to help ensure a diverse community can afford to access the library.”

“We’re helping build a future in which anywhere you live, anywhere you work,” he says, “and anywhere you travel, you’ll be able to access what you want and need at a Library of Things in our network.”